No let-up is anticipated in Mexico when it comes to crimes such as kidnapping and extortion according to recent figures from leading global risk consultancy Control Risks. Worldwide, Mexico ranked third for kidnapping for 2020 and 2021 behind Nigeria and India, although both Nigeria and India have bigger populations which means, on a per capita basis, the incidents of kidnappings in Mexico are higher.

There is also significant under-reporting of kidnappings in Mexico, said Eduardo Arcos, Senior Analyst at Control Risks: “Mexico’s National Institute of Statistics and Geography (INEGI) estimates that there were over 80,000 kidnapping victims in the country in 2020 – many more than those reported by official statistics. With up to 93% of crimes in Mexico going unreported, finding the true number of incidents is a hard task.”

“Mexico’s National Institute of Statistics and Geography (INEGI) estimates that there were over 80,000 kidnapping victims in the country in 2020" said Eduardo Arcos, Senior Analyst at Control Risks.

Most of the recent kidnappings occurred in urban, highly populated areas including the Valley of Mexico, Guadalajara, Monterey and Tijuana, as well as on the Gulf coast, and in states with a strong drug cartel presence like Guanajuato, Michoacan and Zacatecas. “Many abductions (43%) in 2021 took place while the victims were in transit; 13% occurred when the victim was outside in a public place, and 44% occurred inside premises such as homes or restaurants,” said Arcos.

Virtual kidnapping – scamming victims into paying a ransom for a loved one they believe has been kidnapped – has been a particular problem in Mexico for years. “Mexico is a hotspot for virtual kidnapping,” said Hiscox's Head of Crisis Management in Miami, Napo Montes-Amaya. “It seems that just like most other businesses, criminal organisations have quickly adapted to ‘remote working’ and are getting very good at virtual kidnapping.”

Prison corruption in the country is one driver of the crime, added Arcos: “For a long time there have been extortion rackets formed inside prisons where inmates can get access to mobile phones.” In addition, he added, “if an extortionist calls and tells you a relative of yours has been kidnapped, the ploy is believable because of the insecurity within the country.”

Extortion is also proving to be problematic in Mexico with Control Risks’ own breakdown of security cases for 2021 showing that 46% were kidnaps, 38% threat extortions, 13% threats, and 3% missing persons. “In 2020 we responded to more extortions than kidnaps but in 2021, the tide turned and we are again seeing more kidnaps in Mexico,” said Arcos.

Looking ahead to the rest of 2022, Arcos warned that Mexico is expected to remain one of the major regions for both kidnapping and virtual kidnapping, while extortion cases will persist, either as traditional ‘operation tax’ extortions, for example, or in other continually evolving forms. “We don’t expect an improvement in Mexico’s security environment during 2022,” said Arcos.

“We don’t expect an improvement in Mexico’s security environment during 2022,” said Arcos.

This means that for people doing business in the region, the country presents an ongoing security challenge, said Montes-Amaya: “Travel has now resumed across the Latin America region, particularly to Mexico, and most of the insurance brokers, agents, and clients we meet with agree that security conditions have deteriorated post-pandemic. There is a feeling of uncertainty and unrest amongst businesses and entrepreneurs, with no sign of these issues abating in the near-term.” 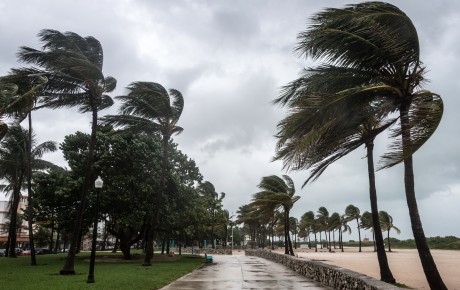