Sailing ships plying their trade across the high seas could once again become a familiar sight as the global shipping trade attempts to tackle its carbon emissions in the fight against global warming.

With global shipping accounting for around 3% of the world’s greenhouse gas emissions, the shipping industry is looking to reduce its carbon footprint. There’s also a financial incentive for shipowners, who are feeling the pinch from rising fuel costs which already account for on average two-thirds of their operating costs. Scientists and engineers are going back to the future by looking again at the ancient technology of sails, which have been powering ships since the Ancient Egyptians.

A blast from the past

Today’s sails aren’t the kind that we would recognise from the Cutty Sark or HMS Victory. Michelin, the French tyre manufacturer, has designed prototype giant inflatable sails that can be hoisted and inflated by pressing a button, while sensors will automatically trim the sails according to the wind speed and direction, rather than needing dozens of sailors to tend them, as in the golden age of sailing ships. The company says it hopes to test the technology on a commercial freighter this year.

There are also hard sails which effectively act like upright wings to propel the ship forwards. UK company BAR Technologies has signed a deal with Cargill, the US chemicals giant, to retrofit its 150-foot-high steel sails onto one of its bulk carriers.

Then there are rotating sails, which use the Magnus Effect, whereby differences in air pressure created around a spinning object are used to push a ship forward. Maersk, the Danish shipping giant, has fitted 30-metre-high spinning cylinders to one of its tankers to test the concept. If successful, it says it could fit them to around half of its fleets.

There are also other ideas being worked on by researchers, ranging from rigid sails that suck in air, to kites and wind turbines that would generate both power and propulsion. There’s even the idea of turning ships into sails, by designing hulls that are tall but thin that can be sailed directly into the wind and generate pull to move forwards, just like an airplane.

“The future of ship propulsion is hybrid,” Gavin Allwright, Secretary-General of the International Windship Association (IWSA) recently wrote. Retrofitting wind propulsion systems to vessels could deliver savings in fuel consumption of 20% or more, he states, equivalent to thousands of tonnes of fuel for the biggest container ships, while also allowing them to sail at the same speeds as before. If sails and other wind systems are integrated into the design of new ships, the savings could be much higher.

Apart from helping the shipping industry to cut emissions, wind-propulsion champions point to other benefits of adding sails to ships including reducing the wear and tear on engines and other machinery and increasing the vessels’ stability.  They could even allow shipping routes to reopen that were previously thought to be uneconomical.

Is it all hot air?

Many of these designs are still only in the prototype stage, but some shipping experts are sceptical. "There's a decade of (wind propulsion) designs that look good, that save money, that in theory pay for themselves, that haven't materialised into action," Tristan Smith, associate professor and head of the Shipping Group at University College London, told CNN. "It's not because they don't save fuel, but clearly because they don't save enough fuel relative to their cost."

"There's a decade of (wind propulsion) designs that look good, that save money, that in theory pay for themselves, that haven't materialised into action,"

Also, the firm chartering the ship pays for its fuel, not the shipowner, meaning that owners may be unwilling to pay for an expensive fuel-saving wind-propulsion system to be retrofitted, while the charterer might be reluctant to lease a hybrid-powered ship as it might not hire it for long enough to see the benefit of it having sails, added Smith.

But new regulations could encourage the use of sails. The International Maritime Organization (IMO) has mandated that carbon emissions from international shipping should be at least halved by 2050 from 2008 levels, while several lenders and capital providers funding global ship operators have adopted the Poseidon Principles, to help the shipping industry meet the IMO’s targets to become cleaner.

UK Government has been very bullish about the future for sail ships. Its Clean Maritime Plan (which it published in July 2019) forecast that the wind propulsion industry would grow from £300 million a year in the 2020s to around £2 billion annually in the 2050s. Research backing this forecast expects to see wind propulsion systems fitted on as much as 45% of the global fleet by the 2050s – roughly 40,000 vessels.

“Wind has the potential to turn a supposedly ‘hard-to-abate’ industry into a decarbonisation pioneer,” the IWSA’s Allwright wrote.

“It is great to see the maritime industry investing in new technology that may enable a faster transition to lower carbon emissions,”

“It is great to see the maritime industry investing in new technology that may enable a faster transition to lower carbon emissions,” says Emily Taylor, Marine and Energy Liability Line Underwriter at Hiscox London Market.

“The industry is acutely aware of the importance of reducing its carbon footprint and we look forward to working with our customers to provide innovative insurance solutions that can enable that evolution."

With access to underwriters on a face-to-face basis, we pride ourselves in delivering excellent service and turnaround times to our brokers and clients. 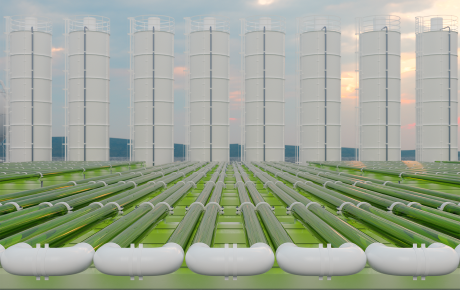 The world already has both the skills and the capacity to trap large amounts of carbon dioxide (CO²), to help curb global warming. 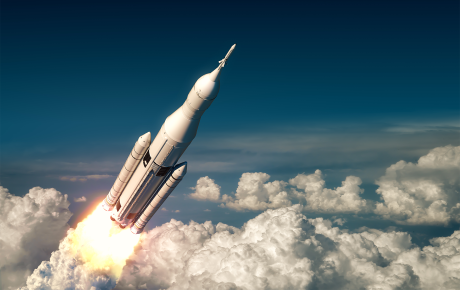