A jury in Florida recently awarded $411 million to a motorcyclist paralysed in a 2018 traffic accident – one of the highest ever personal injury awards ever...for now. It’s no wonder the US excess liability market has seen rates rise far more than the majority of other sectors. Market hardening has rapidly accelerated in the second half of this year and is set to continue into 2021.

Increasing large claims in recent years, plus the higher cost of capital and rising reinsurance prices have led liability underwriters to review their exposures and adjust pricing to more accurately reflect the nature of the risks. Social inflation, along with the Californian wildfires – including some which have been found to have been inadvertently caused by utility companies – and the sexual abuse and opioids scandals have also forced liability insurers to take action.

Market hardening has rapidly accelerated in the second half of this year and is set to continue into 2021.

So-called ‘nuclear’ verdicts like that in Florida have become increasingly common. Last year there were another ten similar awards, with jury verdicts ranging from $56 million to more than $2 billion.  As a result, insurers will be managing their exposure carefully and focusing on profitable segments. Many insurers have drastically reduced their line size, while others have withdrawn from the market altogether. It is estimated that about $400 million of capacity has been withdrawn over the past two years. To respond to this trend, insurers are finding innovative ways to serve brokers and clients, including forming consortia for difficult-to-insure risks, while managing overall exposure to more challenged industries.

Jury awards for road traffic accidents are now such an issue that underwriters want to know about every client’s potential auto exposure. Whereas in the past, insurers were less concerned about this risk unless they were providing cover below $25 million in a company’s programme, now all layers with attachment points below $200 million are seen as having an increased risk. It’s not just haulage firms that are seen as being risky. Now, every company that uses vehicles as part of its business, from vending machine suppliers to hotel chains, are potentially at risk from lottery-sized personal injury claims.

Now, every company that uses vehicles as part of its business, from vending machine suppliers to hotel chains, are potentially at risk from lottery-sized personal injury claims.

Companies have responded by retaining more risk: taking higher retentions, not buying as much cover and even self-insuring some layers within their insurance towers. This hardening market we are experiencing feels different from previous ones, in that  some clients are choosing to self-insure despite there being capacity available.

Rising prices for US liability show few signs of abating. In some cases, we have seen rate increases in triple-digit percentages and rates have increased more than we had forecast at the start of the year, hitting a record in September as insurers continue to act.

This is not simply a pricing correction. While it is true that prices were inadequate following a long, soft market in casualty, US liability insurers have now hit the ‘reset’ button to ensure the market reflects the much higher exposures companies and their insurers now face. Apart from the exposures listed earlier, there are emerging risks that are also likely to be played out in the courts, such as workplace harassment and discrimination cases prompted by the Me Too and Black Lives Matter movements. There are a host of others too on the horizon that clients and brokers need to consider in their risk management, including microplastics and chronic traumatic encephalopathy (CTE) head injuries. Then there is climate change, which could have a profound effect on liability insurance in years to come.

One major concern is juries are increasingly becoming prone to awarding against companies regardless of fault. In the Florida trial, the plaintiff was not actually injured by the truck owned by the haulage firm he sued; rather, he crashed into another vehicle in heavy rain while trying to avoid a huge pile-up caused, his lawyers contended, by the firm’s truck, which jack-knifed to avoid a collision. The firm only owned a single vehicle and has been forced out of business as a result of the lawsuit.

Tort reform is needed, otherwise some US liability risks could be uninsurable in the longer term.

Huge jury awards are not confined to a few hotspots. The ten nuclear verdicts last year occurred in eight different states, including Washington, Pennsylvania and New York. Insurers cannot continue to pay out tens, or even hundreds, of millions of dollars in claims on policies whose premiums are a fraction of those sums. Tort reform is needed, otherwise some US liability risks could be uninsurable in the longer term.

There has not been a blanket rate rise and we continue to underwrite according to each client’s individual exposure and claims experience but the increases reflect the dramatically changed risk landscape.

This article was first published by the Insurance Day on 25th November 2020: 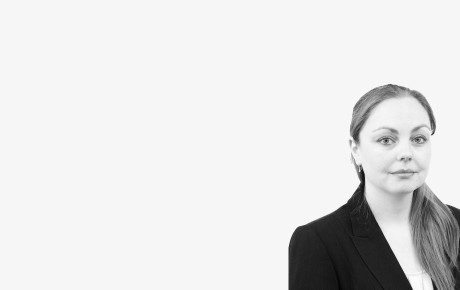