Three missile attacks on the United Arab Emirates (UAE) in January by Houthi rebels in Yemen has increased tensions in the region, prompting political violence insurers to reassess the country’s risk.

On 17 January, a fuel storage facility next to Abu Dhabi international airport was hit, killing three foreign workers. Further ballistic missile attacks launched by the Houthis on the 24th and 31st of January were intercepted and destroyed, while the Yemeni rebel group has reportedly threatened further raids, warning the headquarters of international businesses in the UAE will be targeted. A further multiple drone attack intercepted in UAE airspace on 2 February was claimed by an Iraqi Iran-backed paramilitary group.

The attacks, the first against the UAE since a reported but unacknowledged attack in 2018, are the latest chapter in the civil war in Yemen that has been raging since 2015, in which broader political tensions in the Arab world between Iran and Saudi Arabia are being played out. The Houthis, backed by Iran, have been fighting government forces and militias, backed by a coalition of Arab states led by Saudi Arabia, and including the UAE.

The conflict has cost tens of thousands of lives, caused four million to flee their homes and created a humanitarian disaster in the country, with 16 million hungry and 5 million on the verge of famine, according to the UNHCR, the UN’s refugee agency.

Although the UAE withdrew its troops from the Saudi-led coalition in 2019, it has continued to arm and train anti-Houthi militias in Yemen. The January Houthi attacks on Abu Dhabi follow a counter-offensive by the Giants Brigades, backed by the UAE, which pushed Houthi forces back in the strategically important Shabwa and Marib provinces.

The war in Yemen is nearing stalemate, while new, cheap, and easy to launch weaponry, along with its existing cache of ballistic missiles, has meant the Houthis can now directly target the UAE to exert pressure on the federal government in Abu Dhabi.

These weapons draw the UAE into the Yemeni conflict in a new way, says Patrick Osgood, Senior Analyst for the Middle East at Control Risks. “The 17th January 2022 attack demonstrated that if the Houthis launch enough munitions simultaneously against UAE this could increase the likelihood of some reaching their intended targets. That threat will remain as these weapons, long-range fixed-wing ballistic missiles and land-based cruise missiles, are relatively cheap and plentiful.”

“The 17th January 2022 attack demonstrated that if the Houthis launch enough munitions simultaneously against UAE this could increase the likelihood of some reaching their intended targets." says Patrick Osgood.

However, a surge in military support from the US and France instigated in February, including advanced fighter jet interceptors and a missile destroyer in the UAE’s waters, will significantly improve the UAE’s defensive capabilities, which are now on alert. While further intimidatory attacks are likely, they are also likely to be intercepted.

Further, the January raids don’t inevitably mean the conflict between the Houthis and the UAE will spiral. The choice of target in the 17th January attack was calculated to grab headlines without necessarily causing too much damage, says Osgood, while he describes the subsequent attacks as “taps on the shoulder”. Although the Abu Dhabi government condemned them as terrorist acts, the UAE-backed Giants Brigades have largely wound down their recent counter-offensive against Houthi forces in recent weeks.

The situation is finely balanced, but the attacks will likely impact the UAE’s reputation for being a safe and secure place to visit and do business, prompting political violence insurers to reassess the risk, bringing it more into line with its coalition partner and neighbour, Saudi Arabia.

“Over the past two years, the amount of business from Saudi Arabia has increased significantly, but so too have the rates, in line with the rising risk, as the country has suffered a string of attacks launched from Yemen,” says Omar Zeineldine, Head of Specialty Lines, Middle East and Africa at Hiscox London Market.

“Over the past two years, the amount of business from Saudi Arabia has increased significantly, but so too have the rates, in line with the rising risk, as the country has suffered a string of attacks launched from Yemen,” says Omar Zeineldine

“Businesses in the UAE have long purchased political violence insurance, which was considered a very low-risk environment. But that is no longer the case, in our view,” explains Zeineldine.

“We’ll remain cautious to risks from different industries, but we will be reconsidering both our rating and line sizes for strategic assets, such as oil and gas, and the national power grid in and around Abu Dhabi and Sharjah,” Zeineldine says. The local insurance market in Dubai has already reduced its appetite for political violence risks in the UAE, he adds.

Businesses will need to be more aware, says Osgood. “They will now need to pay particular attention to the Yemeni civil war and broader conflict and geopolitical dynamics in a way they may never felt they needed to before. Or seek the advice of people who monitor the situation. Also, they need to consider threats to safety that - although small - could be serious if they occur, like debris from a missile that has been shot down.”

For some businesses that might come as a new challenge, he says. “It means they should consider reviewing their business continuity and evacuation plans, and look again at what insurance they have and if that still fits their needs.”

For over 25 years Hiscox has been supporting clients to manage complex security issues and crisis events that threaten people, assets, business operations and reputations. 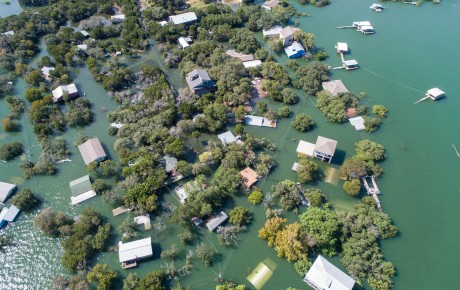