Pushing at an open door

The London Market is at a crossroads, says Steve Hearn. Firms need to make some bold decisions to consolidate London’s position as the world’s specialty insurance centre as well as to grab a bigger share of the fast-growing emerging markets, says the Willis Group Deputy CEO and Chairman of the London Market Group (LMG).

In an interview for Hiscox Global Insight with Sasa Brcerevic, Hiscox London Market’s Chief Operating Officer, Hearn says he only agreed to take on the LMG job because: “I think people are up for change… People around the LMG table and in the wider marketplace recognised there were some challenges for London.” 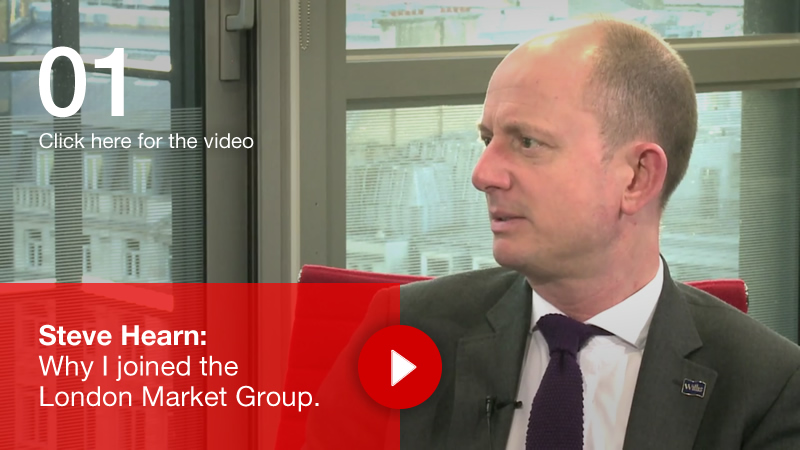 This recognition led to the London Matters report, which the LMG commissioned from the Boston Consulting Group, to gather the facts on London’s position in the global insurance business. The report highlighted a number of opportunities and challenges facing the London Market: a world-renowned brand and a reputation for innovation, flexibility and for pricing risk; but threatened by increasing competition from local or regional insurance hubs; a weak position in high-growth emerging markets; a sliding market share in reinsurance; and an uncompetitive cost base.

“I think people are up for change… People around the LMG table and in the wider marketplace recognised there were some challenges for London.”

Asked whether he was surprised by any of the report’s findings, Hearn says he was struck by the extent of the loss of share in those emerging markets. “Not only are we not significant today in those markets where the fastest growth is coming from but that tiny share we do have is actually declining… That was shocking, and it is alarming for our future.”

The report also outlined the true scale of the London Market’s contribution to the UK economy – that it employs 48,000 people and contributes 21% of the City’s GDP. This was, says Hearn: “an enabler to open up dialogue with the government. [It] helped them to understand there’s something significant and different going on in EC3 than [in] other parts of the financial services world.” 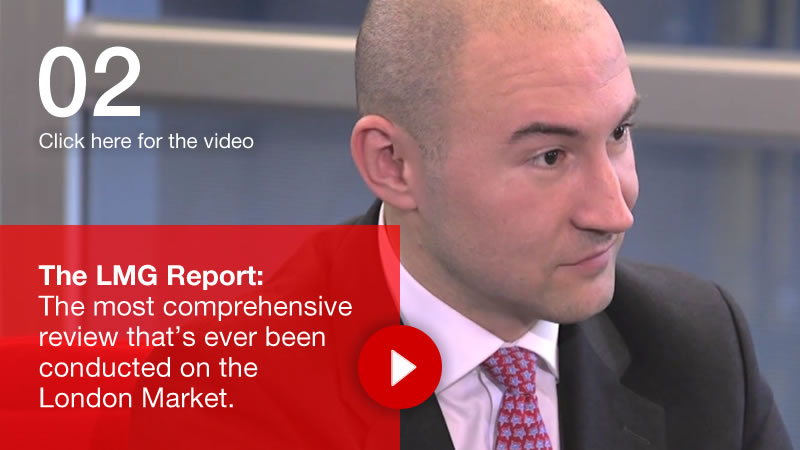 As a result, he says: “we’ve engaged with the government properly for the first time. [It] wants to hear about what we need to grow the London insurance market.” He said “changed chemistry” between the main players had created “a moment in time” to bring about positive change in the market. “The door is slightly ajar and we need to burst through it… now. That will require some really bold, even audacious, decisions if we’re to capitalise.

“The door is slightly ajar and we need to burst through it… now. That will require some really bold, even audacious, decisions if we’re to capitalise.”

Asked what those decisions may be, Hearn replies: “We represent a £60 billion premium industry, while the LMG itself is two and a half people. The associations do fine work; the firms within the associations do fine work; but if we are to act as a marketplace I think we need to really radically rethink what the LMG, or equivalent vehicle, is to enable this marketplace to market itself to the world… [It] needs to be funded properly… The LMG could be the forum for that.” 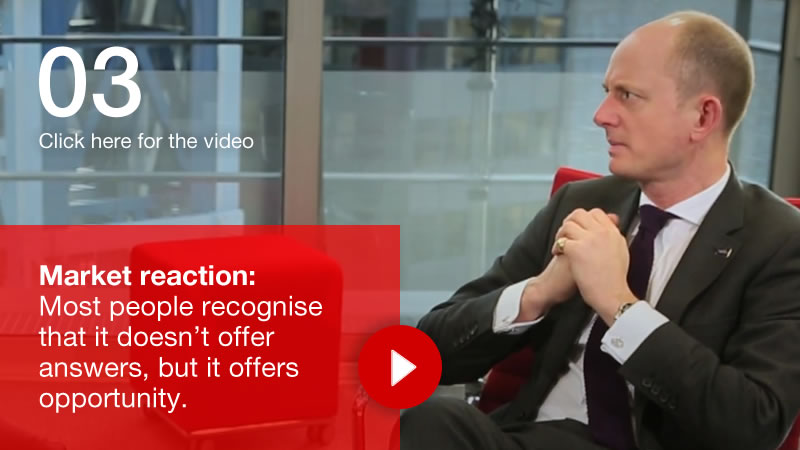 Market players should also work together more, says Hearn. “I think there are many things that we could be cooperating on that we’re not…Innovation would be a good example… we should be pooling expertise, without breaking the barriers of competition law or competitive interest. We could be fuelling new talent, bringing new skills, experiences and knowledge into the industry… If we were able to come together we would be a far more powerful force than we are at the moment.”

Hope for the future

Hearn says his ambition for the London Market is that within the next 10 years it will have consolidated its existing market share, while also doing much more trade in emerging markets. “I would like us to sustain our position in our legacy trading regions: the United States, northern Europe, UK, etc. They are important and we shouldn’t lose sight of that.

“However, the real test of whether we have embraced the opportunity will be our share in high-GDP-growth environments. What is the London Market’s relevance at a global level? [The proof will be if] we have sustained that pre-eminent position [as the global centre of speciality insurance] and that we have gained share significantly.”

If the market does not act, Hearn says: “I fear for this market. I’m not sounding the death knell, but if we don’t embrace the opportunities and address the challenges I believe this market will, at some stage, hit a tipping point… [Its] very viability will become challenging."

Working with government and regulators

An HM Treasury Steering Group has been set up, under the leadership of Malcolm Newman, Scor UK’s Managing Director, to lobby for tax and regulatory changes that would make the London Market a more attractive place to do business. 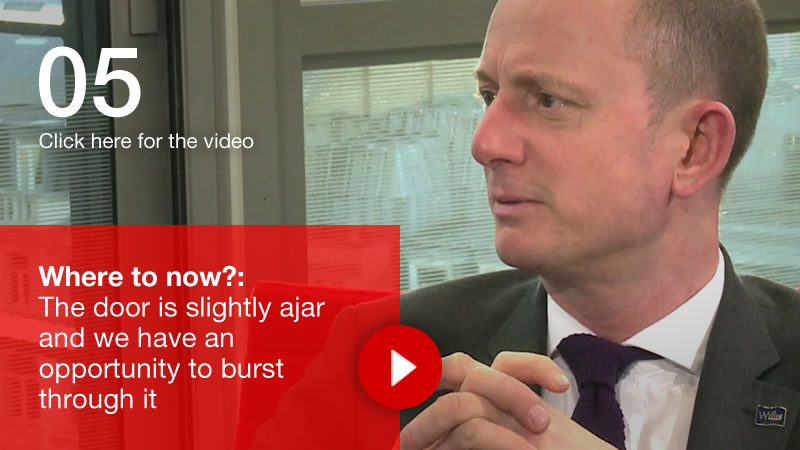 There is little understanding among emerging markets buyers of what sets the London Market apart from its rivals. A group led by Sasa Brcerevic, Hiscox London Market’s Chief Operating Officer, is to develop a marketing strategy to trumpet the advantages of trading with the London Market.

The London Market lacks the cultural and social diversity of other financial sectors, such as investment banking, and is not regarded by buyers as being as innovative as in the past. Bob Stuchbery, CEO of Chaucer, is to look into potential ways of coordinating existing recruitment drives across the market in a bid to increase the mix and calibre of recruits into the business.

It is not easy to place and service business in the London Market, buyers reported. Shirine Khoury-Haq, Lloyd’s Director of Operations, is to review the strategy set out in 2013 in the LMG’s Future Process Review with a view to creating a more detailed, joined-up plan and develop a roadmap to coordinate the various existing modernisation initiatives to improve the market’s operating efficiency.

The London Market needs the right level of investment, management and coordination to deliver the goals set out in the action plan. Steve Hearn, LMG Chairman, along with the heads of the other market associations and Inga Beale, Lloyd’s Chief Executive, are to discuss how to develop the necessary structure and funding.