Entrepreneurs have been condemned for taking the rich and famous as tourists into space. Could their vision to make space travel more accessible help tackle Earth’s environmental problems?

A new age of space tourism is turbocharging the Space Race 2.0, in which Elon Musk, Jeff Bezos and Richard Branson are competing to explore outer space.

Their ambition is to give ordinary people the opportunity to travel, work and even live in space – ensuring science fiction isn’t fiction forever, as Musk puts it.

Space tourism has its critics. Antonio Guterres, the UN Secretary-General, criticised “billionaires joyriding to space while millions go hungry on Earth.” But these entrepreneurs’ obsession with space could help, not hinder, the fight against climate change, says Pascal Lecointe, Space Line Underwriter at Hiscox London Market.

“Space is a unique, indispensable asset which can help us monitor the impacts of global warming. Through their efforts to kickstart a new era of space travel and exploration, in which space tourism is a first step, entrepreneurs could help in the effort to tackle climate change.”

"Through their efforts to kickstart a new era of space travel and exploration, in which space tourism is a first step, entrepreneurs could help in the effort to tackle climate change.” says Pascal Lecointe.

“Astronauts who see Earth from space often describe having an almost transcendental experience. It’s called the Overview Effect: they see the planet’s fragility and beauty, where national borders and interests simply don’t exist. But here on Earth work on combating climate change is progressing slowly. If space travel helps more influential people to experience the Overview Effect, then that might transform people’s attitude towards what is happening on this planet.”

But critics question the environmental harm done by rocket launches. Last year saw 135 successful orbital launches – more than at the height of the space duel between the US and USSR. This year, there are over 200 planned launches.

Each SpaceX rocket launch releases 336,552 kg of CO2, which isn’t great but it’s the equivalent of a plane full of passengers flying from London to New York.

Prince William said: "We need some of the world's greatest brains and minds fixed on trying to repair this planet, not trying to find the next place to go and live.”

Perhaps surprisingly, Musk agrees with him. “I think we should spend the vast majority of our resources solving problems on Earth.” But he adds: “less than 1% could be applied to extending life beyond Earth,” which would still equate to billions of dollars in space Research & Development .

Both Musk and Bezos agree that we need to look to the stars for an answer to our problems on this planet. Musk is looking to build a fleet of rockets to travel to Mars to set up a colony there. But Bezos has his sights set closer to home. He has said: “I don’t want a Plan B for Earth. I want Plan B to be that Plan A works. I think you go to space to save Earth.”

Bezos envisages a future in which we use the plentiful resources and limitless power that space offers to carry out heavy industry work, like semiconductor production, in gigafactories orbiting Earth, rather than on our planet, using its precious minerals and energy and harming the environment.

Thousands of eyes in the sky

Big strides forward have already been made in space flight, most notably the invention of reusable rockets – the Holy Grail of space travel – by Musk’s company Space X. Launch costs have already started to tumble, as a result. It costs $4,000 per kilogram to launch cargo into space today compared to $35,000 in 2017 – a near 90% reduction in five years. “Elon and SpaceX have changed our industry completely,” Lori Glaze, NASA’s Planetary Sciences Division Director, says in the new Netflix docufilm Returning to Space, “because everything’s reusable now”.

SpaceX’s Falcon 9 rocket can accelerate to seven times the speed of sound to power its payload into orbit before returning to Earth to land on a pad not much bigger than one used by a helicopter, thanks to four revolutionary moveable fins at the rocket’s base.

Scientific work on climate change has already benefited from the much cheaper cost of space launches. Opensource data sent down from dozens of these shoebox-sized “cubesat” satellites, which have hitched a lift into space aboard rockets used to carry other cargo, are enabling scientists to better track the effects of greenhouse gases as well as helping governments and businesses to make better decisions on how to create a cleaner, more sustainable world.

UK firm, Satellite Vu, is planning to send up a small constellation of satellites to map heat signatures for the first time to within a few square metres several times a day. The technology could have widespread benefits, from plotting plastic pollution in the oceans to understanding which structures are responsible for raising temperatures in towns and cities, such as shopping malls or car parks.

Flights of vanity – or expeditions for the future of mankind?

On September 15, 2021, Inspiration4 took off from Cape Caneveral. It was both the ultimate act of space tourism and a historic step, as the first spaceflight with a crew made up entirely of ordinary people. Online payments billionaire Jared Isaacman chartered a SpaceX Dragon module and Falcon 9 rocket, taking him and three other people, none of whom were trained astronauts, to orbit Earth for three days, flying far above the International Space Station, higher than any other humans so far in the 21st century.

Isaacman called it a “new era for human spaceflight and exploration”, while Musk said the mission was "an important milestone towards enabling access to space for everyone." He acknowledged that space travel remains the preserve of the very rich – for now. But he added: "it's only through missions like this that we're able to bring the costs down over time and make space accessible to all."

Space tourism will not only make spaceflight cheaper, it will also make it safer, explains Lecointe. “Although rocket launches will never be without risk, potential space tourists will need to view that risk as being acceptable. Just as the safety of cars and airplanes has improved vastly as more people have travelled in them, so too will the reliability of rockets. 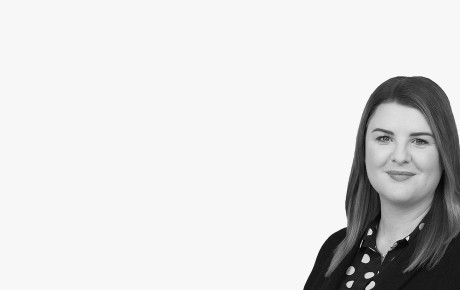