US school attacks: protection and mitigation

An increase in active shooter attacks has increased the focus on what educational establishments can do to protect themselves from future incidents.

The attack on students at the Robb Elementary School in Uvalde, Texas on the 24 May 2022 continued a devastating year for school shootings in the US which, according to Education Week, has already seen 27 school shootings leading to injuries or deaths. Schools and other educational establishments are considering what preventative measures they need to put in place to help deal with incidents of this nature and, if the worst does happen, how they can best mitigate the impact on their students, staff and local community.

In 2022 there has been an upward trend of active shooter attacks on schools, which reached a high in 2020-21. Data from the National Center for Education Statistics recorded 93 school shootings resulting in deaths and/or injuries for the academic year of 2020-2021. “Active shooter incidents in schools are particularly amplified in the public consciousness when there is a high number of casualties such as in Uvalde or in previous incidents like Sandy Hook,” says Jade Warden, Terrorism Underwriter for Hiscox London Market. While recent gun control legislation has been enacted to restrict access to firearms following Uvalde, Warden comments: “It’s evident that those running schools and educational establishments will need to double down on their threat mitigation and assessment in the light of this growing and active threat.”

“It’s evident that those running schools and educational establishments will need to double down on their threat mitigation and assessment in the light of this growing and active threat.” says Jade Warden.

A central part of that threat mitigation and assessment process should begin with those people who have some relationship to the potential active shooter, says Terri Patterson, a Principal in Control Risks' Crisis and Security Consulting practice. “Time and time again we see clear evidence of precursor behaviour or warning signs in these offenders. We know that there are often multiple witnesses who observe this behaviour such as peers, family members, and authority figures like administrators, teachers or coaches.”

The challenge, Patterson adds, is in creating a culture where these ‘witnesses’ or ‘bystanders’ are empowered or encouraged to identify and report troubling behaviour in a fair and unbiased way. “Family members tend to deal with these issues in a private way while peers observe these behaviours, and might go directly to their friend and think they’ve handled the situation. That eliminates the effectiveness of two of our most productive bystanders.” Outcomes are usually not predetermined, Patterson adds: “Offenders are often on the fence as to whether to engage in an act of violence until the very end. These are not dichotomous assessments of ‘yes this person is going to be violent’ or ‘no this person is not going to be violent’. It’s a pathway, and along that pathway to violence we often  see numerous opportunities for people to interrupt and change the outcome.” That means, educating and encouraging people to report troubling behaviour, says Patterson, even if they are trying to mitigate it themselves.

Build a culture of awareness

A key area educational establishments can address is in building a culture of awareness and putting in place an effective and fair reporting structure. “Have a system where students, staff and the wider school community including parents can report their concerns. It should include multiple reporting mechanisms so anyone is comfortable in doing so, anonymously if necessary.” Then, ensure reports are reviewed and properly triaged. “That should be the responsibility of a multi-disciplinary team,” says Patterson. “This team should deal with complaints in a reliable and valid way, with decisions based on empirical data and threat assessment expertise. In addition, access to external experts is important to ensure you are getting advice when you need it.”

Establishing a culture around ‘safe schools’ and making sure that everyone is aware of the process in place is critical, says Patterson: “Perhaps the most important piece is awareness through training - everyone involved in dealing with the students’ needs to be trained and know what to look out for.”

Proactive actions like these can help ensure a successful intervention and minimise the threat of an active shooter incident, says Warden: “Malicious Attack Insurance can provide access to pre-incident expertise to help schools and colleges appropriately assess and mitigate the threat.” But there will be times when an attack happens and while a policy can cover physical damage to school property, it also provides for personal accident and miscellaneous costs.

An additional exposure increasingly becoming evident – and where a Malicious Attack policy can help – is in the potential liability of the school’s leadership following an active shooter incident. “Recent litigation against the some of the school’s staff members and the school district following an active shooter incident in Oxford High School in Michigan in November 2021, has highlighted the potential for litigation against those deemed to be in charge.”

The threat comes from within

There is no one single measure that educational establishments can take to protect themselves against active shooter incidents, but with the threat continuing to grow, says Warden, there are steps they can take to help minimise their risk. “The threat often comes from within, which means fortified walls and defence systems are unlikely to be effective. That means schools need to do all they can to work with students, parents, teachers and their local communities to actively identify, report and act on troubling behaviour, while making sure they have access to outside help and expertise when it’s needed.”

60 seconds with… the Kidnap and Ransom Latin America team

Learn more about the Kidnap and Ransom Latin America team.

Read more
Active shooter incidents on the rise in the US 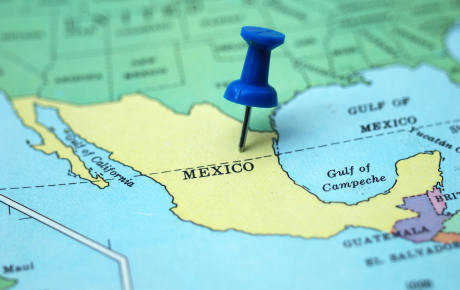