Despite the Covid-19 outbreak, the space industry looks set to take off, partly as a result of the lockdown.

The sight of astronauts lifting off from Cape Canaveral at the end of May proved that a pandemic on Earth couldn’t stop a trip to the stars.

The space industry hasn’t been immune to the impact of COVID-19; launches have been cancelled and missions have been scaled back. But the two astronauts that travelled to the International Space Station aboard a rocket designed and built by Elon Musk’s Space X shows the scale of ambition and innovation in the newly-commercialised space sector. This trend looks set to continue, even accelerate, despite the financial turmoil created by the pandemic.

The 21st century space race, personified by the duel between tech magnates Elon Musk and Jeff Bezos to explore the galaxy, could mean a space boom in the next decade.

Money has poured into “new space” companies from venture capitalists and billionaire stargazers. The 21st century space race, personified by the duel between tech magnates Elon Musk and Jeff Bezos to explore the galaxy, could mean a space boom in the next decade.

“The space industry is likely to be one of the most resilient to the economic impact of the pandemic,” says Pascal Lecointe, Head of Space at Hiscox MGA. “It has enjoyed a period of growth in recent years which is likely to continue.”

Where wealthy adventurers once competed to build machines to break land or air records, now they vie to conquer the final frontier. Billionaires like Musk, Bezos and Richard Branson have poured money into space-flight projects, creating a new chapter in the space race.

Their exploits have kickstarted a new era in space-vehicle manufacture that national space agencies have encouraged. NASA has recognised it can get much more bang for its space buck by working closely with new space companies to develop innovative hardware than it would by continuing to build its own from scratch.

NASA’s operational model has fundamentally changed to reflect this renaissance in space exploration, says Lecointe. “It is now hiring rockets from the likes of Space X, Northrop Grumman and Boeing to take its astronauts and cargo into space, instead of designing and manufacturing its own. This has brought down the cost of space missions, which, in turn, will mean there are more missions, and more launches.”

Back to the Moon

In May, NASA awarded contracts to three companies to develop lunar landers to put astronauts back on the Moon from 2024. The companies, Bezos’ Blue Origin, Space X and Dynetics, will share nearly $1 billion to compete to develop the best lunar lander over the next 10 months. The winner will be used by NASA in its Artemis programme, which aims to put man back on the Moon for the first time since the 1970s.

But Bezos’ and Musk’s ambitions go far beyond lunar landings. They believe we must look to space in order to preserve the human race. Bezos wants to colonise the Moon, whereas Musk’s ambitions are even bigger. He plans to establish a community on Mars and intends to send one million people there by 2050 aboard a fleet of 1,000 starships that would leave Earth three times a day.

The pandemic may have lent weight to their convictions that Earth’s days are numbered, but it has also highlighted more pressing, though mundane, issues affecting the quality of life on this planet.

The global lockdown has highlighted the extremely patchy internet coverage endured in many countries, including some of the world’s richest. As a result, the telecommunications industry, which is already worth $1.2 trillion a year, according to think tank IDATE Digiworld, is likely to see a boost in demand for consumer satellite broadband.

The global lockdown has highlighted the extremely patchy internet coverage endured in many countries, including some of the world’s richest. As a result, the telecommunications industry, which is already worth $1.2 trillion a year, according to think tank IDATE Digiworld, is likely to see a boost in demand for consumer satellite broadband.

“Satellites provide just 1% of the world’s telecommunications infrastructure now, but demand is likely to surge, as they have the unique advantage of connecting outlying communities to the internet without the need for extensive and costly infrastructure work,” says Lecointe.

Eutelsat, a leading satellite operator, has seen a jump in orders for satellite dishes in Russia, its CEO said in a recent interview, while there are early signs more people in Europe will also look to install them to guarantee they have fast, reliable internet if a second wave of the pandemic triggers renewed lockdowns.

Governments are also increasingly turning to satellites to bridge the ‘digital divide’ by providing broadband access to remote communities. Australia has gone as far as launching its own geostationary satellites, Sky Muster I and II, to beam broadband from ground stations to remote homes and businesses which previously had no internet access.

Meanwhile, Eutelsat has signed a trial agreement with the Democratic Republic of Congo’s government to provide internet to 3,500 schools, which could encourage other African governments to digitally connect outlying areas using the satellite network.

Governments are also increasingly turning to satellites to bridge the ‘digital divide’ by providing broadband access to remote communities.

Another space race is also being run – this one to provide global broadband internet coverage through a constellation of low-orbit, mass-produced satellites. Technological breakthroughs, such as miniaturisation techniques pioneered in smartphones, have enabled a new generation of satellites that are little more than the size of a shoebox and which cost less than $1 million to make – a fraction of the size and cost of powerful geostationary satellites, which can be the size of a minibus and cost hundreds of millions of dollars.

OneWeb and Space X have launched satellites into space, while Jeff Bezos’s Project Kuiper plan is still awaiting regulatory clearance. Space X’s Starlink constellation already has 480 satellites in orbit, with regular launches of its Falcon 9 rockets delivering 60 satellites into space at a time. It plans to offer broadband internet coverage in northern US and southern Canada by the end of this year and global coverage in 2021.

Another space race is also being run – this one to provide global broadband internet coverage through a constellation of low-orbit, mass-produced satellites.

OneWeb’s ambitious plans fell victim to the financial turmoil caused by the pandemic, however. It filed for Chapter 11 bankruptcy protection after it failed to raise the extra funding it needed, but its assets – including 74 satellites already in orbit and around 20 ground stations – are likely to fuel a bidding war between rival satellite operators, investment firms and other interested parties.

As well as a predicted surge in satellite telecoms, the recent boom in Earth observation satellite launches is also likely to defy the pandemic’s economic damage. A part of the space sector previously dominated by governments – particularly for defence and intelligence purposes – it has grown quickly in recent years as a host of new space ventures have found new markets for the data being produced by small, cheap commercial satellites.

The data satellites produce will help insurers to better track economic activity and the effects of climate change, so they can make more informed decisions.

That information is proving useful in helping to quantify the pandemic’s economic and ecological impact. From data illustrating the slump in shipping and aviation activity to pictures of near-empty rows of new cars at factories in China and South Korea, satellites are providing revealing snapshots for investors, analysts and economists of the scale of the slowdown. Also, the data they are providing on pollution and air quality has been hailed as further proof of the negative impact of transport on the climate. In future, this kind of data could help policymakers set new emissions policies.

The long-term growth of the space industry is good news for insurers in two ways, says Lecointe. “The data satellites produce will help insurers to better track economic activity and the effects of climate change, so they can make more informed decisions. Plus, as the sector becomes more commercialised, insurers will play an increasing role in helping space companies manage their risks.” 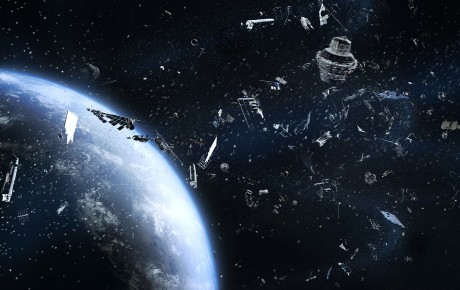 The heavens above us aren’t just full of stars. They’re also strewn with rubbish that’s an increasing threat to space missions.

Product recall incidents have reduced during the pandemic but as lockdown is relaxed, renewed regulatory scrutiny and gaps in quality control over recent months could drive an i...